Aichiya Sanae's Net Word ~This is my last wish… Soon, my dream will vanish~

This is 8th Touhou game made by ZUN. Imperishable Night features a total of eight playable characters, in pre-set pairs (Reimu/Yukari, Marisa/Alice, Sakuya/Remilia, Youmu/Yuyuko, and later, individually). The pairs work in tandem: one person fires when unfocused, while the other pops in and fires when focused, with a reduction in movement speed. The two attacks can be drastically different. The individual characters do not have an attack change when focused, with the exception of Remilia.
Quite a few smaller details are unique to this game, including Last Spells – for an enemy, a Last Spell is a bonus Spell Card which the player can tackle without fear of losing lives/bombs. On the player side, Last Spells are secondary “bomb” Spell Cards, which last longer/do much more damage at the expense of two bomb stocks. There is a gauge which tracks how human/youkai (normal/focused) you are, as well as a new “Time” system, which affects gameplay.

English Patch – click here
For best results, you should use this patch without having your locale set to Japanese, as having one will cause some of the text in the game to be cut off. To install the game itself without having Japanese-language capability as required for a conventional installation, simply right-click on the drive with the TH08 CD, select “explore”, then copy the “eiya” folder and paste it elsewhere. An alternative way is to install the game with the locale, then rename the game directory using non-Japanese characters after changing locales.

This entry was posted on March 8, 2010 by Aichiya Sanae. It was filed under Touhou, Touhou Games - Official Games and was tagged with Danmaku, Games, Imperishable Night, IN, Shooting, Touhou, Touhou 8, ZUN. 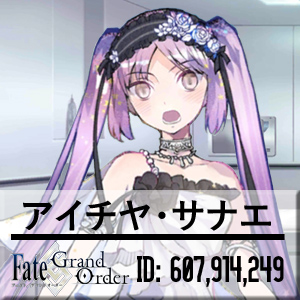